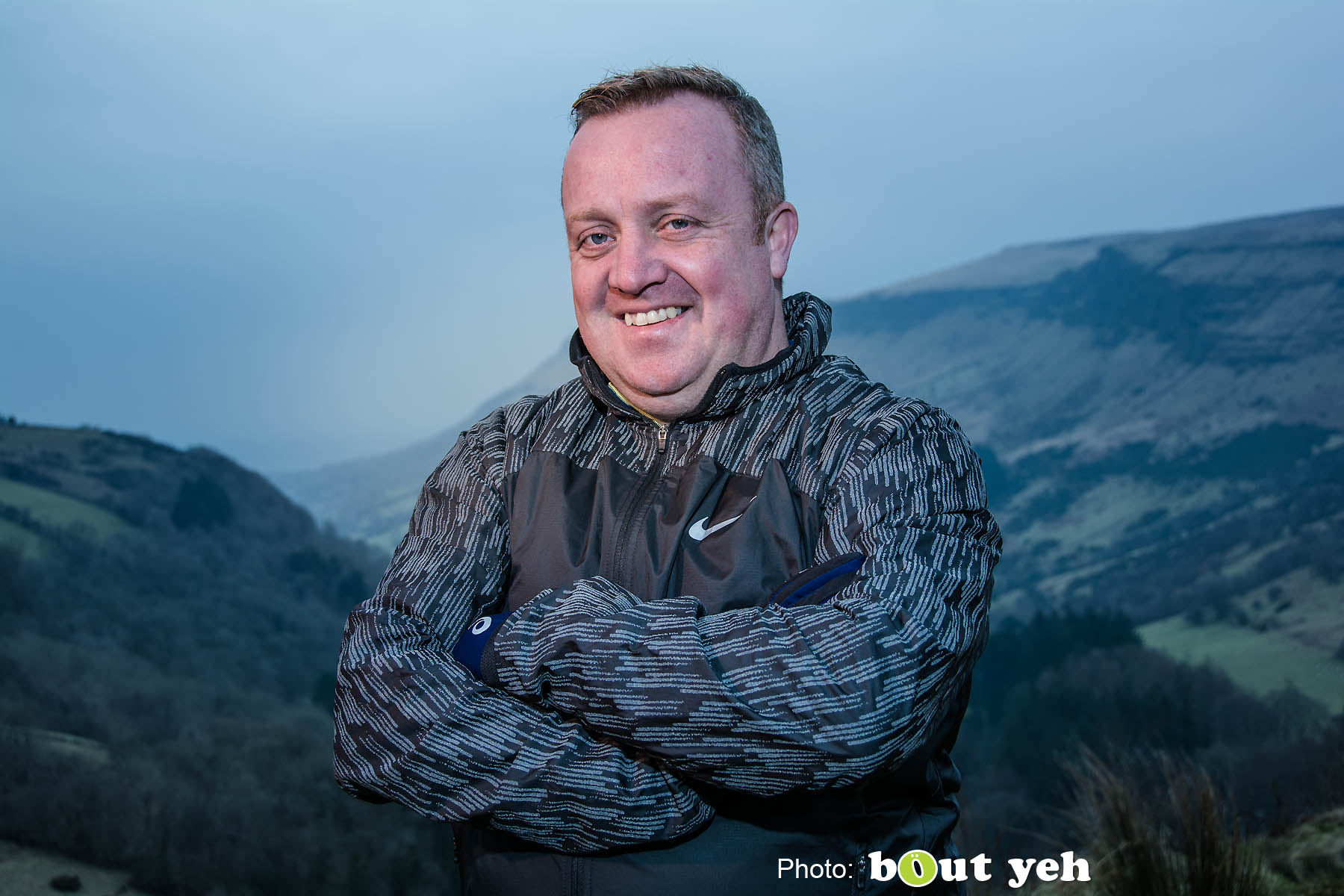 It’s good for the mind.

There is no big pressure in running. I started off a fella living on his own, looking at the same four walls and I thought, I need to get out and do something, and I joined the Cozy Sofa group at Ballymena Runners, where I learned to go from (sitting on)a) couch to running 5k.

I’m am no athlete by any stretch of the imagination. Running got me out of the house, and I ran 5 kilometres, and that’s all I wanted to do.

A great socialising event, the next thing I knew the group were encouraging me to run 10k. And the next thing, I looked round and I’ve run a marathon.

Where else would I have got the opportunity to run with people who ran for Ireland or Northern Ireland.

I was running roads, and roads can get monotonous. Last year the group introduced me to running in the Wicklow Mountains, where we were running through rivers and getting mucky. It was like going back to my childhood, and you were allowed to get messy and wet without your parents telling you off.

Now if I go out running, and don’t come home with muck on the back of my legs, I don’t think I’ve run in a dirty enough place, or ran for long enough.

Running is good for the mind, body and the soul.

Still single, the socialising aspects of running are great. I’m away to Derry with a girl next week, where we’ll be running a ten mile race.

There’s nothing better than pulling on the training shoes, going down the road for a run. Leaving the world behind
you, and breathing in the fresh air gives you time to think. To me it’s my release.

I’ve run the North Wall, I’ve run in Scotland, and I’ll soon be running race in Birmingham. I would never have done that four years ago, without Ballymena Runners.

You go out to different towns and villages, and you meet folk.

I took the notion of lifting my first pair of training shoes, going out and just running for nine weeks.

Now, I’ve been doing it for four years. 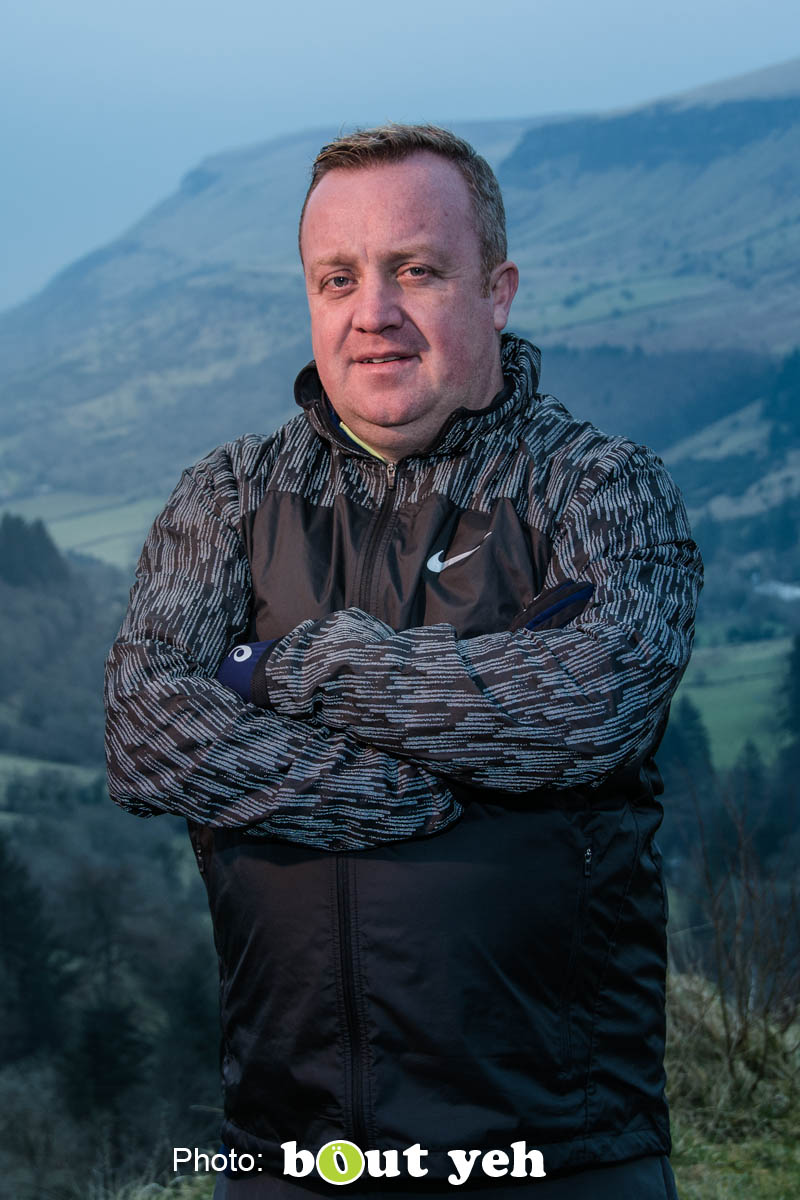 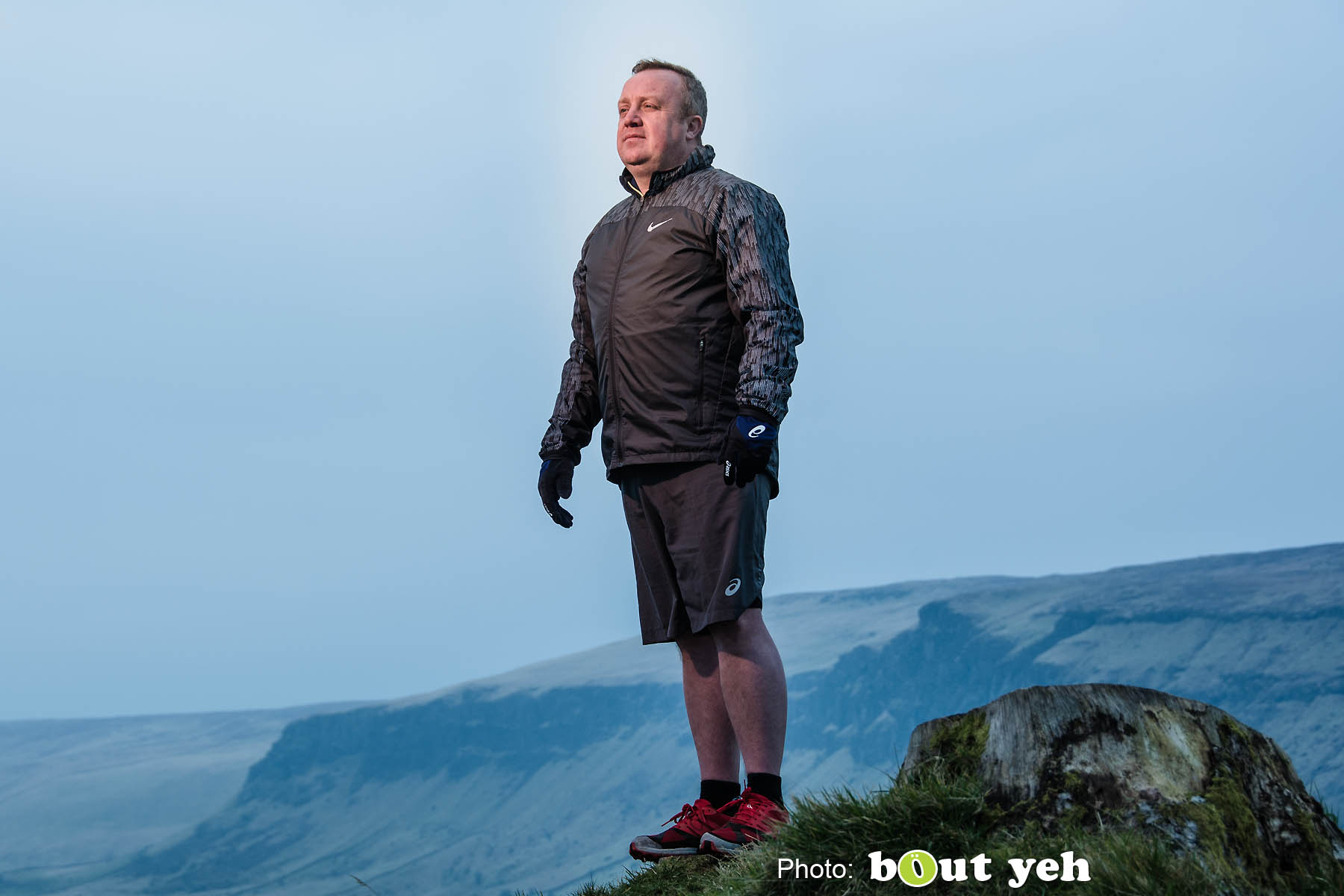 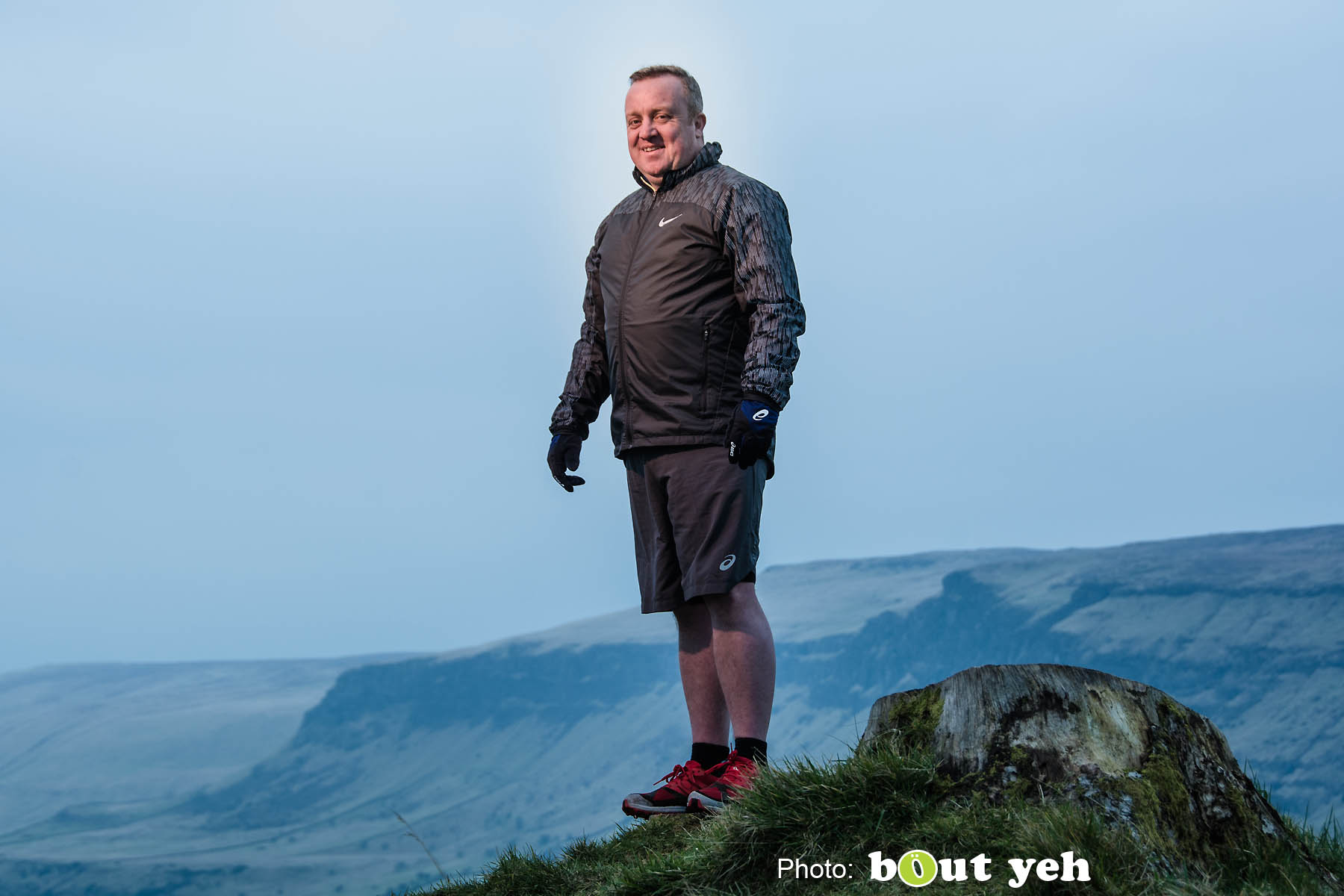 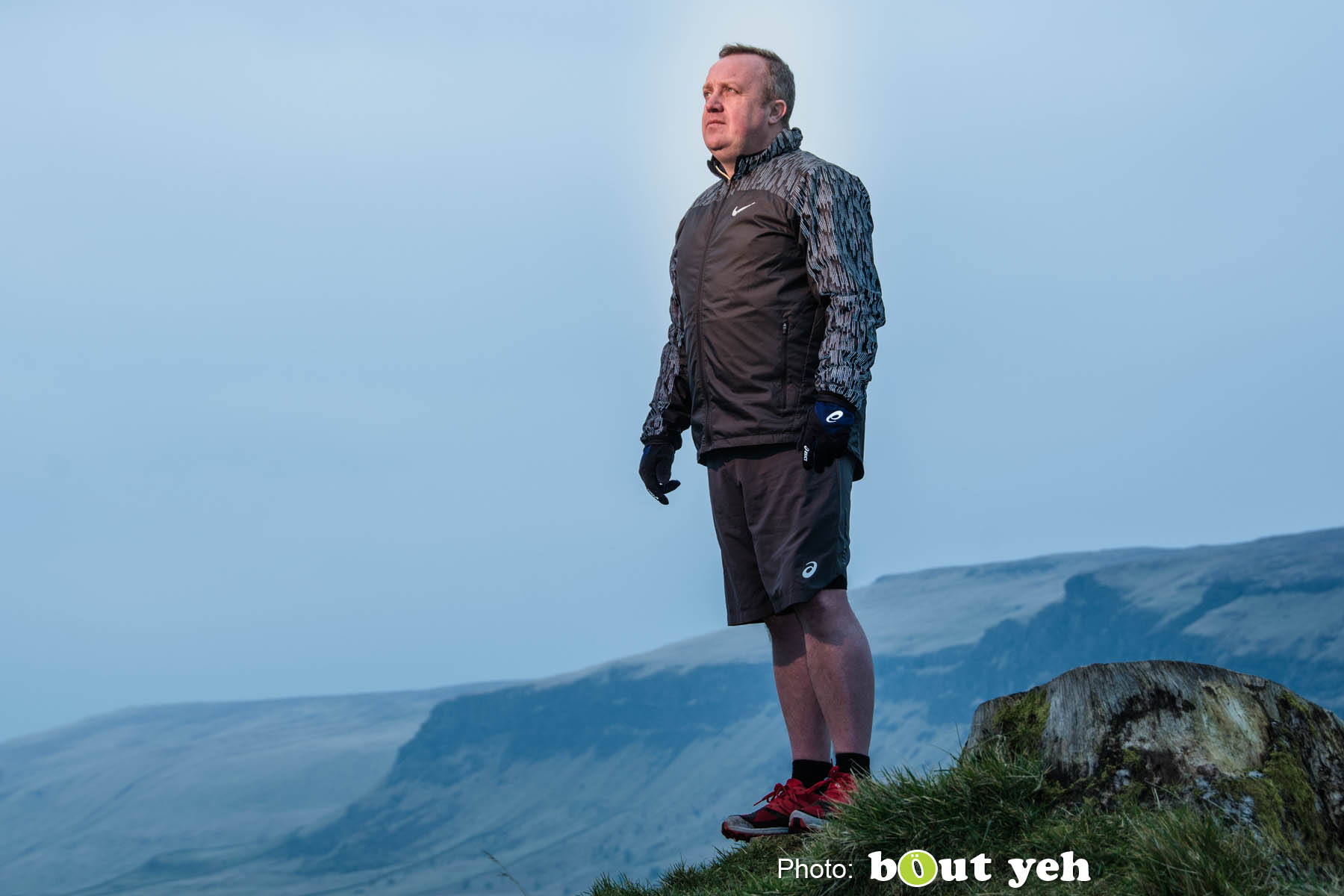